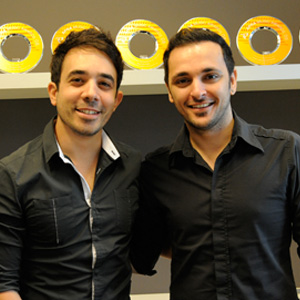 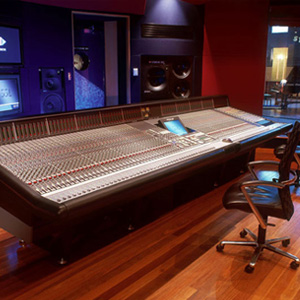 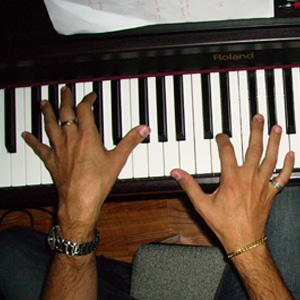 DNA started well before its official title when Sydney based David Musumeci and Anthony Egizii met in high school. In music class they quickly became friends, sharing a huge passion for music. Both piano players, they hung around the piano playing all sorts of different tunes. It’s when they discovered the new synthesizer in the school prac room and the wonderful world of sequencing, their lives changed. They started layering sounds and shortly after writing and producing their own material. DNA have never looked back since.

Anthony with his amazing pop sensibility creating catchy melodies and lyrics mastered the world of programming and mixing, whilst David, slightly more left of field, taught himself guitar and bass and immersed himself in lyrics and melody. Together, with their differences and shared passion, DNA diversifies into all kinds of genres including pop, dance, rock, folk and hip hop. For DNA, it’s all about the song not the genre.

No matter what kind of music, Anthony loves a great pop song with great melody and lyric. From the time he was young he grew up listening to commercial radio and great pop tunes whether they were rock, dance or your classic ballad. From an early age many artists, such as Madonna, Whitney Houston and Bon Jovi heavily influenced Anthony. He also idolised songwriters such as Diane Warren, Max Martin and Desmond Childs. A self taught piano player, he later became obsessed with production and mixing learning from the greats of Quincy Jones, David Foster, Max Martin and brothers Chris and Tom Lord Alge.

To add to his acclaim, in 2004 Anthony teamed with WAVES, the world’s leading developer and supplier of audio signal processing tools, and created an OPENMIX book titled “Production Mixing Mastering with Waves” which was written by Anthony and published by SOUND.ORG. The book was highly reviewed in the professional audio industry and sold thousands of units worldwide.

'There’s a magic in songwriting and production that is unexplainable. You can’t plan for it or formulate it but when it comes together it’s naturally amazing and I do my best to capture it every time.'

Growing up in Sydney, David started playing the piano at the age of 9. The first tune he every learnt was “All My Loving” by the Beatles. His dad was a Beatles fan so he grew up listening to all their albums over and over again mesmerised by their work. As the years went on, David started listening to bands such as Guns n Roses, Nirvana, Led Zeppelin, Green Day and Foo Fighters. At the same time he loved listening to pop numbers from Michael Jackson, Madonna and Elton John. It was clear that David loved all kinds of music from the intimate singer songwriter to the stadium rocker and back down to the straight “can’t get you out of my head” style pop song. David had a tremendous passion for words and idolised the lyrics of Bernie Taupin and Bob Dylan whilst singing along to the infectious melodies of Stock Aitken and Waterman and Max Martin.

‘There’s something special in all kinds of music, new and old, and I’d love to be a part of them all!”